Posted on September 23, 2010 by Jennifer Cavanagh

‘Get dressed, the Big Fellah’s coming.’ 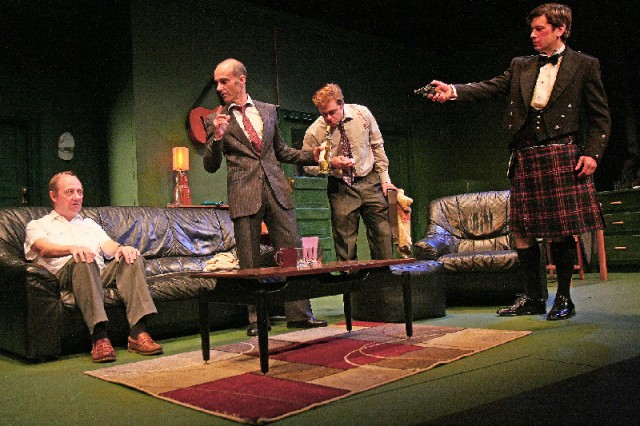 Richard Bean’s dramatic play, published just this year, covers the Troubles from an Irish-American perspective using the vantage point of five men in a New York IRA safe-house from 1972 through mid-2001.  Fireman Micheal Doyle houses on the lam IRA member Ruairi O’Drisceoil and is compelled by the events of Bloody Sunday to offer his apartment and services to the struggle.  Doyle is promptly enlisted by “the big fellah” David Costello and the scene is set for a tale of American funded violence, the political minefield of cross-ocean operations and the high cost of idealism.

Bean weaves a universal story through this period specific tale.  The script, witty and informed, delivers a surprisingly accessible narrative on the American “dream”, international terrorism and humanity.  It’s a dark tale of nationalism and principles warped by vanity, self-serving power structures, the passage of time and the impact of realism.  Taking no side in the struggle other than a stance against violence Bean unfolds a viscously witty tale over three decades of tumultuous change.

The five iconic male leads transform into distinct individuals throughout the course of the performance.  The trials of family tragedy, disillusionment, loneliness and dreams abandoned or achieved evolve each into compelling three-dimensional characters.  The cast work seamlessly together and create a mighty collaborative performance; each contributing significantly to this production’s success. 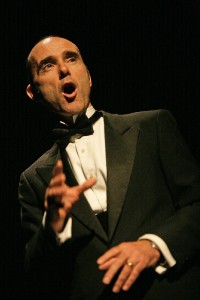 Rory Keenan portrays the demanding character of Ruairi’s with unaffected skill revealing the depths of a man who at the onset is little more than a caricature.   As Ruairi sees things it’s alright being in the IRA , “but if there’s one thing I’d change, it’s all the killing.”  Conversely, David Ricardo-Pearce deftly maintains the enigma of Doyle exemplifying the foreshadowed menace of the quiet man.

Youssef Kerkour embodies the role of corrupt bigoted New York cop Tom Billy Coyle. The simplistic unashamed prejudices of his role are magnified by this inspired casting.  Fred Ridgeway’s take on the role of Frank McArdle is delivered with tired, disillusioned, painful abandon.

A testosterone loaded production the female characters Elizabeth Ryan (Claire Rafferty) and Karelma (Stephanie Street) provide an injection of femininity to balance the production and keep it contemporary.  Both are wonderfully uninhibited yet deliver strong, intelligent and ultimately independent characters that ring true.  Rafferty’s pivotal performance is particularly resonating.

The Big Fellah delivers a powerful story of vanity, allegiances and betrayal. Guaranteed to entertain this gripping and at times oddly humorous production leaves a dark emotional chill as the curtain falls.

This entry was posted in Art, Theatre. Bookmark the permalink.